Glandorf (both the town and parish) was founded in 1834 by Fr. Johann Wilhelm Horstmann, and several others from Glandorf, Germany. 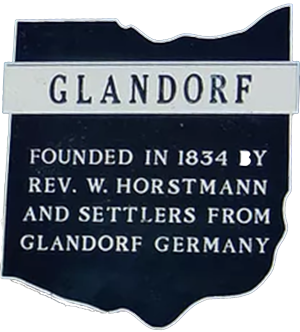 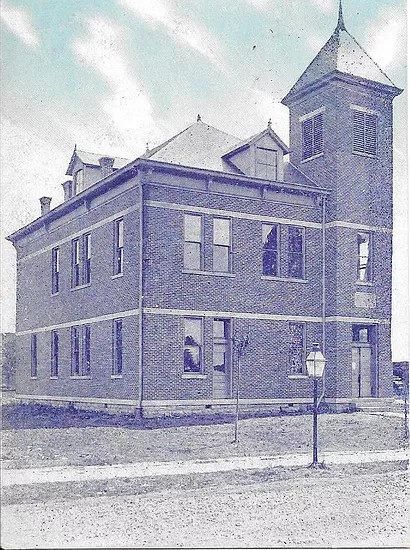 Glandorf (both the town and parish) was founded in 1834 by Fr. Johann Wilhelm Horstmann, and several others from Glandorf, Germany. The town however, actually never had village officials until 1891-1892. For Glandorf’s first 58 years, the priest served the community as both the spiritual and civic leader. The Township Trustees also helped govern the community. As time went on, security was the main push for the village to become incorporated.

Starting in 1891, the citizens requested the State of Ohio for incorporation. After being granted incorporation the first mayor and council were set in place. The first Mayor was William Altekruse, with William Hoffman as the Clerk, and Joseph Nienberg as the Treasurer. Council Members were: W.F. Hoffman, A. Borman, Henry Mersman, Henry Kemper, B. Wortkotter, and Joseph Winkleman. This early village government wasted no time in completing what they could. A Marshall was hired, roads were fixed, kerosene street lamps were added, stone street crossings and brick sidewalks installed, a volunteer fire department was started in 1903, cisterns were sunk in town to fight fires, rules were set for the conduct of the citizens and visitors, and ordinances were established for the maintenance of buildings and yards; and caring for livestock.

In 1893, land was purchased just north of the church, for the future town hall. It wasn’t until 1901 that the town hall would be built. This town hall, in addition to housing the village offices and equipment, and firefighting equipment; was very much a community center. For on the second floor of the town hall was a big auditorium, used by different groups for meetings, plays, graduation ceremonies, to even basketball games, and more.

Over the years, just as the town has grown and changed, so too has the responsibilities of this local government. Water and sewer service have been added, parks have been developed, and roads, sidewalks, drainage systems, and police and fire services continue to be upgraded. It is amazing to think of how far this little village has come; all from hard work, a strong faith, and service for the betterment of the community.